Planning To Get A FUT Hair Transplant?

FUT process involves removing a small strip of tissue from the back of the head, from which the donor hair follicles will be extracted. ALCS offers the best FUT Hair Transplant in Jaipur.

FUT process involves removing a small strip of tissue from the back of the head, from which the donor hair follicles will be extracted. ALCS offers the best FUT Hair Transplant in Jaipur.

DO YOU NEED FUT Hair Transplant?

An advanced method of hair  transplantation- Follicular Unit Transplantation (FUT) is performed in a way which impersonates the natural growth of characteristic hair and is a perfect option for individuals who have evident bald regions on their head.

This system includes evacuating a whole piece of hair from a ‘donor zone’ where hair fall is less and hair development is still thick. The territory from where the strip is taken is sutured leaving a straight scar on the scalp.

The strip containing the hair follicles is separated into unions comprising of a couple of follicles. The follicular units contain sebaceous organs (oil organs), nerves, a small muscle, and some fine hairs called vellus hairs.

A large number of these follicular unit joins are put into little cuts made on the bare territories of the patient’s scalp, otherwise called the ‘recipient zones’ in a solitary session. The hair development from this unit pursues an extremely normal development pattern, without giving away any indications of medical procedure.

SEE WHAT OUR PATIENTS HAVE TO SAY?
See All 177 Reviews

My Overall Experience at ALCS was great in my Hair Transplant Treatment. All the doctor, assistant, technician and every person in the team are very helpful and friendly. I recommend it to all the patients suffering from any type of any skin and hair related problems.
SUNIL KUMAR
Today I done my hair transplant. All staff nurses and doctor behave very well. I m satisfy with Ist day transplant experience.
YOGA
Work done by ALCS Team is very good both techniques Fut & fue use....Clinic services & behaviour were excellent.....👍👍
PANKAJ MANJHU

This latest technique is the newest and a variation of the FUE technique. There are a number of clinics providing BIO FUE hair transplant in Jaipur.

BIO DHT HAIR TRANSPLANT
Bio-Direct hair Transplant is one of the most cutting edge and favored hair rebuilding technique. The Bio-Direct Hair Transplant is a mix of two hair rebuilding methodology.
FUT HAIR TRANSPLANT
FUT is performed in a way which impersonates the natural growth of characteristic hair and is a perfect option for individuals who have evident bald regions on their head.
FUE HAIR TRANSPLANT
FUE differs from FUT in the fact that no strip is extracted. Instead the follicles are extracted one by one from the donor site and are grafted on to the recipient area.

At present, male pattern baldness in young men and women is very common, yet there has been recent advancement in the field of therapeutic innovation which has authored new medicines for hair growth. Understand that hair transplant medicines are the best way to treat baldness.
On the off chance that you are experiencing male pattern baldness, you might settle on a hair transplant treatment, however before choosing a hair transplant session, you should thoroughly understand the hair transplant medications to settle on a correct choice.
As of late, the most well-known sorts of hair transplant systems are Follicular Unit Transplant (FUT) and Follicular Unit Extraction (FUE).
FUE procedure has broadly been acknowledged because of the utilization of handheld gadgets. In FUE treatment, each follicular unit is taken separately specifically from the scalp, without expelling a portion of tissue. The hair follicles are separated in an irregular form and transplanted to a beneficiary territory of the scalp, however it results in less thickness of the hairs in the beneficiary zone.

The FUT procedure is otherwise called strip grafting method. There are a few stages engaged with a customary FUT treatment in Jaipur. In the first place, the donor zone (as a rule at the back of the scalp) is cut and the hair above it is taped to keep it away from the recipient site. The donor site is then desensitized with a local anesthesia.

Small points of incision are made in the recipient region in an arbitrary manner that imitates the manner in which hair develops normally. In FUT hair transplant in Jaipur, the micrografts are then cautiously put in these little incisions. They are set in fluctuating densities, with the smallest one-to two-hair unites put in the front of the hairline, and three-to four-hair joins set behind themFollowing the transplant, you’ll have many incisions with short hair stubble standing out from the new units. In more than two to three months, the new hair will begin developing in, and will develop at the normal rate of one-half to one inch growth for each month from that point.

RECOVERING FROM FUT HAIR TRANSPLANT
In the wake of undergoing a FUT procedure following should be kept in mind:
COST OF FUT 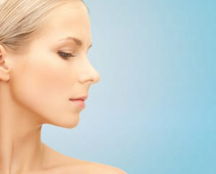 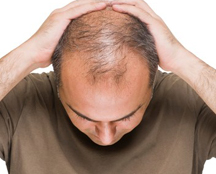