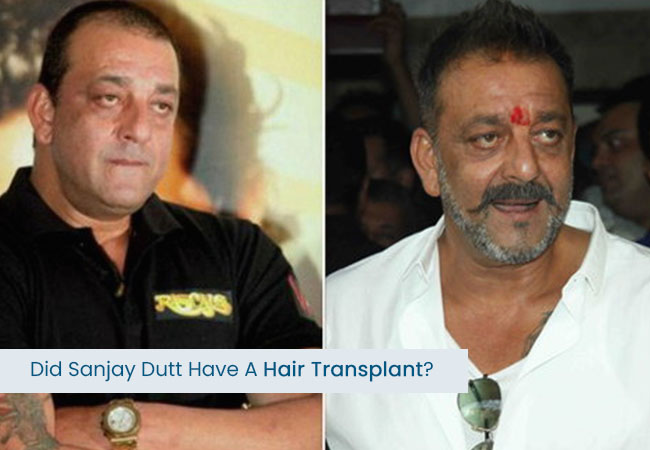 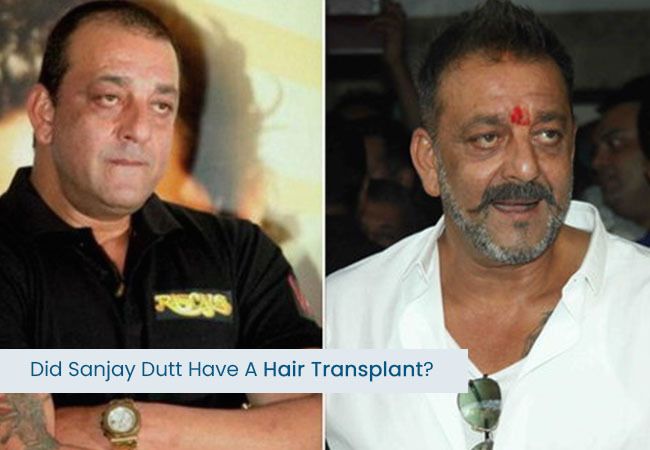 One of the most well-known actors in the Hindi movie industry, Sanjay Dutt needs no introduction. The son of yesteryear super stars, Sunil Dutt and Nargis, Sanjay himself has been popular on the silver screen right from the time of his first movie – Rocky. Apart from the blockbuster success of his movies, the one thing that made him stand out was the special Sanjay Dutt hairstyle. The long, flowing shoulder length hair was as much a part of his persona as his acting skills.

Now imagine the plight of the super star when instead of the Sanjay Dutt hairstyle, what he was looking at was a receding hair line. It is now quite well-known that every person loses nearly 50-100 strands of hair every day. When the loss becomes more than this normal rate, it starts showing. The hair loss is more prominent in men and leads to a condition, medically referred to as male pattern baldness. And this is what Sanjay Dutt was facing.

At the time Sanjay Dutt was going through a great phase in his career, with a number of great roles, winning awards and accolades together, his receding hair line was a great cause of concern. There have been discussions that he underwent hair transplant to ensure the loss of hair is contained. In an industry that thrives on looks and appearances, the news of Sanjay Dutt hair transplant could have had a calamitous impact on his career. Thus, it was not made public knowledge.

So, was the Sanjay Dutt hair transplant a fact or a rumour?

When looks define your career and its longevity, like it does in the acting world, it becomes important to ensure that you look the part always. A young hero with a bald head would typically be expected to play only supporting roles, like that of an older person. Hence, it is important for the actors to keep up the look and their locks in place throughout. This has been a main reason why hair transplant has become such a common procedure among actors.

Even the problem of Sanjay Dutt hair loss became more prominent with his role for the movie Agneepath, where he had to play the role of a bald character. It was after this movie that he decided to undergo the hair transplant procedure and the results are there for all to see. Sanjay Dutt’s hair have been looking more fabulous than ever after the treatment, and it is evident on screen.

Can common person go through the same procedure to regain their lost hair?

Hair transplant is the name of surgical treatment, where the hair from one part of the patient’s scalp (high density) is transplanted onto another area, where the hair growth is declining or has a low density. There are multiple ways in which this can be achieved and that is the different methods of hair transplant as referred by experts.

A point to be kept in mind while going for a hair transplant is that not everyone is a good candidate for any one of the above techniques. Consulting a good surgeon, who can recommend the best option for the individual case can give great results. This is clearly evident from the hair transplant results of Sanjay Dutt. Thus visiting a surgeon, and the right one at that, is a very important part of any hair transplant procedure.